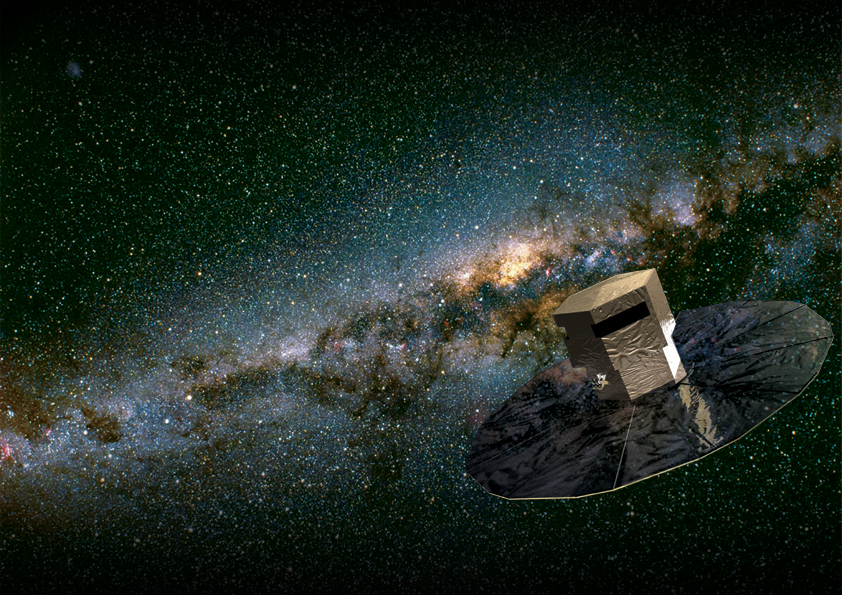 “Understanding the details of the Galaxy in which we live is one of the great intellectual challenges embraced by modern science.”

The ESA-GAIA satellite has been launched in December of 2013. His ambitious task is to obtain a catalogue of about one billion of stars of our Galaxy (and also of some other peculiar objects such as supernovae, quasar, asteroids, and so no…), featuring also radial velocities. It can be regarded as a very ambitious project of galactic cartography, and it will have deep implications on our knowledge of the specific modalities of formation and evolution of a big and complex galaxy like the Milky Way.

GAIA has shown promising possibilities and good performance just from the first data after launch, so that we are now eagerly waiting the publication of its first stellar catalogues.

The GAIA team is very wide and includes hundreds of researchers located in several european institutes. In particular, at Rome Astronomical Observatory we are devoted, from several years, to the production of software devoted to the difficult task of separating partially overlapped stellar spectra (the so-called spectra deblending). Such specific activity involves two OAR researchers, Marco Castellani and Luigi Pulone) and takes advantages of historical competences gained from years of experience in the field of handling crowded stellar field. It has already produced very good results.

Addictional information on GAIA (in italian) can be found on the GruppoLocale blog by Marco Castellani.